Confirmation Sunday: 1 Timothy 6:12 "Something Worth Fighting For" 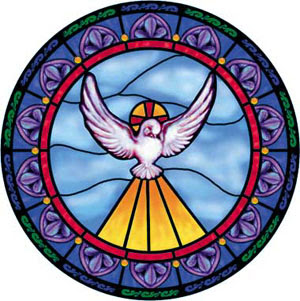 AUDIO
BULLETIN
Theme: SOMETHING WORTH FIGHTING FOR

Dear fellow redeemed in Christ, especially on this day, our dear confirmands, Lydia and Shelby,
What is there in your life that you think is worth

fighting for? Your dignity? Your pride? Your iPod? That’s right. If one of your brothers or sisters tried to take your iPod you would probably argue and fight to get it back. After all, it’s yours. It belongs to you and is important to you. But what if someone tried to hurt, or worse yet, take that same brother or sister of yours? Would you fight to defend him or her? Certainly a family member is worth fighting for. We are willing to fight to protect, defend, and rescue things that are important to us.

When our soldiers go off to fight for their country, they need to know what they are fighting for. After all, it is their bodies, their lives that they are putting on the line. It is essential for moral that understand their mission objective and that they support that mission. If it is a cause they can get behind, like defeating Nazi Germany or winning the war on terror, you can bet that they would be glad to shed their blood and even give up their lives fighting for this cause.

1 Timothy 6:12 - Fight the good fight of faith, lay hold on eternal life, to which you were also called and have confessed the good confession in the presence of many witnesses.

So far the Word of God. That the Holy Spirit would sanctify us, that is to set us apart for His holy purposes, we pray, “O Lord, Sanctify us by your truth, Your Word is truth.” Amen.

The Apostle Paul is fond of describing different aspects of the Christian faith by using athletic terms. In 1 Corinthians he writes of his journey of faith in Christ as a race. A race in which he is determined and focused. A race in which the finish line is heaven. As Paul talks about another aspect of our Christian faith, the athletic term he uses is a “fight.” But this isn’t like those petty, shallow, fights that you had with your siblings at home or peers at school. It’s not even like the many wars that have been waged in the history of the world, regardless of whether men thought they were worthy of fighting or not. Paul in our text talks about a “fighting the good fight of faith.”

What makes your fight of faith such a good and noble fight? First of all it is good because of the OBJECT of your faith. You believe that God rescued you from an eternity in hell by sending His Son. You believe that the Son of God became man to be what you were not and to save you from what you had done. Because you did not obey the commandments, Jesus came to obey them for you. Because your disobedience deserved God’s wrath and punishment, Jesus came to take the wrath of God on Himself and suffer in your place when He died on the cross. And you believe that because of what Jesus did you are forgiven. You believe that in Jesus you are a child of God and you will inherit eternal life.

We rejoice in Jesus because, as Joshua told the Children of Israel, the LORD your God is He who fights for you. (Jos 23:10) Jesus has fought our battles for us and won. He fought the temptations to sin and won. He was tempted as we are, and yet without sin. He fought death for us and won. He rose from the dead on the third day and He gives us His victory!

This is your faith. It is a faith worth fighting for because of the OUTCOME of your faith. God couldn’t have been more definite about the outcome of our faith, could He? You told us this morning already that God says in His Word that whoever believes in His Son will not perish, but have everlasting life. And that he who believes and is baptized WILL be saved. The outcome of your faith is eternal life with God in heaven. This is the faith that you just confessed in the presence of many witnesses at your examination and will confess again in a few moments as you are confirmed.

But you didn’t get to this point on your own. No, God’s grace, His undeserved love is at work in you. God gave you this faith. He gave you Christian parents who made sure you were baptized into His Triune name, only a few days after you were born. Your parents brought you to church regularly. They made sure you heard His Word at home and in church. And through that Word, the Holy Spirit was at work in your hearts strengthening your faith. They talked to you about Jesus, who loved you and died to save you. Your parents brought you to Sunday School and Vacation Bible Schools so you could hear the precious Word of God more and more. They made certain you were instructed in the Word by bringing you to Catechism classes. They made sure you were committing the Word of God to memory and had you recite your memory work to them. All so you would be able to hear and learn God’s Word.

But the grace of God was at work LONG before your parents had you baptized. Yes, even before God created light, His grace was at work to save you. Paul writes in Ephesians that God the Father, chose us in (Christ) before the foundation of the world, that we should be holy and without blame before Him in love. From eternity, God chose you to be His child. He was determined to save you even before He created the heavens and the earth. He decided that His own beloved Son would live and die for you. Through His Word and through your baptisms, He poured His Holy Spirit on you abundantly through our Lord Jesus Christ, and brought you to this point today. And so you are child of God because of His amazing grace.

But any time you are fighting, you are fighting against someone. So who is your opponent as you fight the good fight of faith? Let us begin with the most obvious opponent, the one who has been fighting against the children of God from the beginning. That old evil foe, the devil. Peter says of him, “Be sober, be vigilant; because your adversary the devil walks about like a roaring lion, seeking whom he may devour.” (1Pt 5:8) We need to be alert and on guard, because the devil is a very real opponent that is after your soul. His goal is to draw you away from your faith. He has many tricks to deceive with. He loves to lie about the words and promises of God. He loves to cause doubt and confusion. He will try to affect your life, as he did with Job, and try to get you to give up on God. That is one opponent every Christian faces.

Another opponent is the unbelieving and ungodly world around us. The world will try to put obstacles between you and your relationship with your Savior God. This may include colleges or awesome job opportunities that are far away from churches within our fellowship. Or maybe you will be near an orthodox church, but friends may try to lure you away to worship at their false teaching church. Or maybe your friends will want to engage in activities on Saturday night or Sunday mornings that will take you away from the Lord’s house. This may include peer pressure to go on the broad road that leads to destruction, rather than the Narrow Gate that is Jesus (Mt 7:13). They will try to get you to compromise this faith into which you have been called.

A third opponent to your faith that you must content against is your own flesh. Your flesh will not want to continue reading and studying the Bible. Your flesh will want to listen to the lies of the devil and the temptations of the world. Your flesh will try to convince you that your faith is stronger than it really is and that you don’t need to get up early on Sunday mornings any more to hear the SAME Gospel message from your pastor AGAIN.

You have noticed that as you have grown older and grown in the Word and faith, that the attacks have become a little more intense. And you can expect the same as long as you are a Christian in this world. But Jesus has not left you defenseless. He has given you everything you need to strengthen you for your good fight of faith. First of all He has given you His Gospel in Word. His Word is the Sword of the Spirit. With the Word we are able to both defend our faith and fight off would be attackers. But in order to do so, the sword of the Spirit needs to be out of its sheath. You need to be in the Word. At the Lord’s house on Sundays, in Bible Class, when you go to bed at night and when you rise up in the morning - listen to the voice of your Good Shepherd Jesus as He speaks to you in His Word.

Another tool Jesus has given you as you fight the good fight of faith is His Gospel in the Sacraments. Having been baptized into Christ you have put on Christ. He is your defense and shield. You have been adopted into the family of the Triune God. God is your Father, who hears and answers your prayers, for Jesus’ sake. And beginning this morning you have a new tool to aid you in your fight - Lord’s Supper. In this sacred meal, Jesus gives you His very body and blood. He assures you that your sins are forgiven and that He has given you a right relationship with God. But it also strengthens faith, for those daily battles from within and without.

So dear Lydia and Shelby, here is something worth fighting for - your faith in the Triune God and Jesus as your Savior. A faith in which the outcome is eternal life in Christ Jesus. Make regular use of the Means of Grace. Continue in the faith into which you have been called and made the good confession this morning. That is my prayer for you, that is your parents prayer for you, and that is the prayer of this your congregation for you. We pray with Paul that you would continue to “fight the good fight of faith, lay hold on eternal life, to which you were also called and have confessed the good confession in the presence of many witnesses.” May God the Father who created and chose, may God the Son who loved you and laid down His life to save you, and may God the Holy Spirit who called and sanctified you, keep you faithful unto the end and give you that crown of life. In His name, Amen.
Posted by Pastor Nathan Pfeiffer at 6:25 PM